The structure is brand new and the technology cutting edge, but the sense of comradery and compassion is unchanged.

The Braille Institute, which has been serving the visually impaired in Southern California since the 1930s, recently opened a $10 million, 14,735-square-foot facility at the same Dale Avenue location where its former center functioned for almost 50 years.

The nonprofit serves some 7,500 clients each year who range from having reduced vision to total blindness.

At the Braille Institute, clients learn to master everyday life skills such as using cellphones and computers, cooking, making a bed, crossing the street, taking a bus and reading. 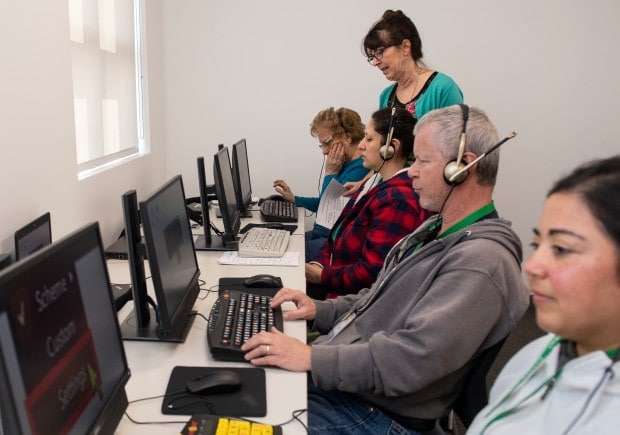 “Everything that you do at home with vision, we’re learning how to do it here,” said John Simon, who lost his sight after a stroke in 2017. “And it’s great socially and great staff.”

Cooking classes now take place in an ultra-modern kitchen, and computer skills are learned using a variety of software that translates spoken and written words into braille and vice versa.

“The big change that we’ve made is to sort of marry our library service, which is the biggest service that we offer, with technology,” said Donna Wager, Braille Institute spokeswoman.

“A lot of our students come in and say, ‘I can’t draw and I can’t paint,’ ” art instructor Erin Schalk said. “So they draw with their sense of touch. The students use the paint like clay or sculpture material, and then when the painting is done, they can experience it through touch. So for people who haven’t gotten the chance to express themselves, and then for them to get that chance is just the best feeling ever.”

A specially constructed courtyard with auditory and tactile guides, such as a bubbling fountain and contrasting surfaces, is the centerpiece of the new facility, which replaces the hodgepodge of converted houses previously used. The single structure of the new campus is easier to navigate, with all the rooms connected to the square courtyard.

“It makes it very easy for our students to navigate around the campus to get from room to room,” Wager said. “With those disconnected homes, it was a little more of a challenge.”

Students still are getting used to the layout of the new facility, which the institute moved its classes into over the past few weeks. 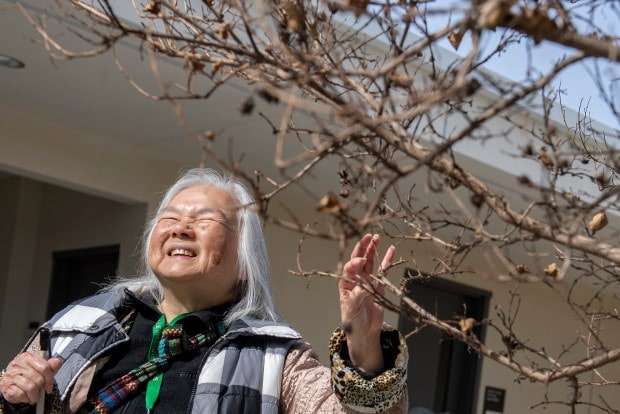 Helen Fukuhara has been enjoying exploring the new surroundings. As several students guided themselves through the courtyard one recent morning — right hands feeling the wall as a guide, walking sticks testing the path in front of them — Fukuhara dipped her hand into the fountain and gently felt the branches of a bare tree.

“It’s beautiful, especially the new fountain,” said Patrick Garrido, who takes four buses from Rancho Santa Margarita to take guitar and martial arts classes at the institute. “It’s just given me a sense of community … like nobody is judging.”

The Braille Institute was founded in 1919 in Los Angeles by Robert Atkinson, who lost his sight from an accidental gunshot injury. In 1929, Atkinson started publishing The Braille Mirror, a braille magazine that circulated continuously for 82 years.

Atkinson opened another facility in Los Angeles in 1933 and expanded the services offered to the visually impaired community over the years.

The ﬁrst regional center opened in Anaheim in 1971; there had been a small ofﬁce in Garden Grove starting in 1967.

The Braille Institute receives no public funding and relies totally on donations and endowments. The programs are all free to the clients.

Less than a year after becoming totally blind, Sharon Rainwater of Los Angeles suffered what she called “a total meltdown.” 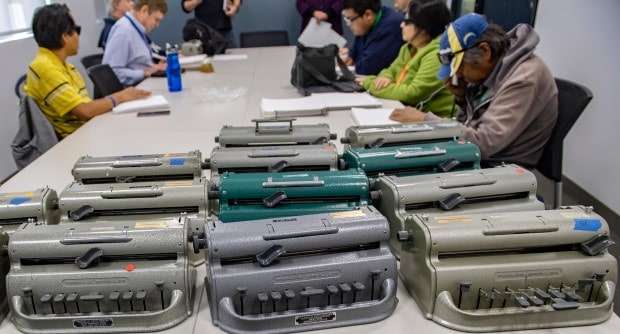 “That’s when I found the Braille Institute,” she said — she’s been a mainstay at the institute for 14 years. “My ﬁrst day here, I was miserable,” Rainwater said. “I cried. I was just clueless. I couldn’t do it, but then a bunch of people mentored me.”

She said the institute “has shown me that just because I’m totally blind, that doesn’t mean I can’t live a full life. When I describe myself, being blind is the last thing I mention. The best thing for me was coming here.” 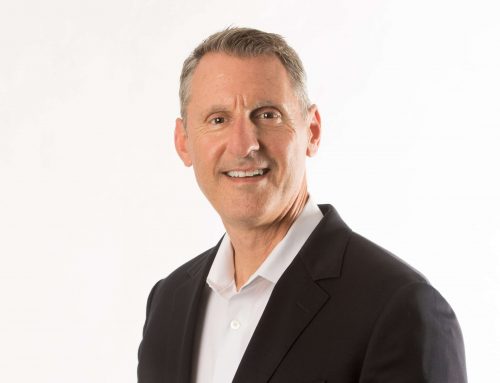 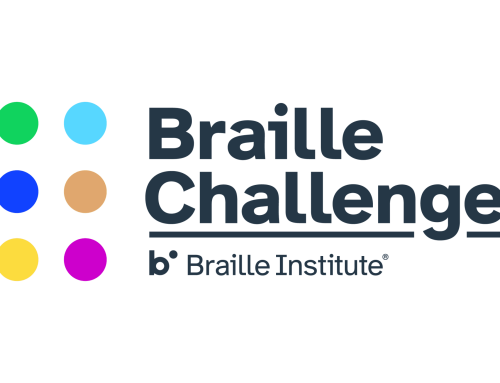 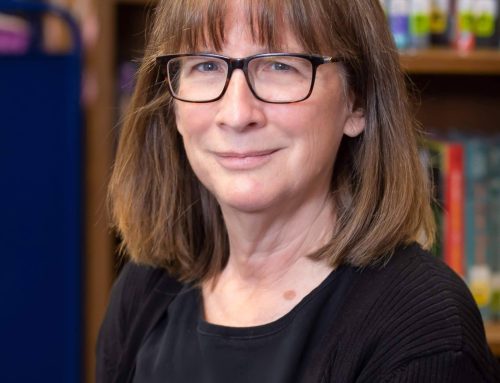 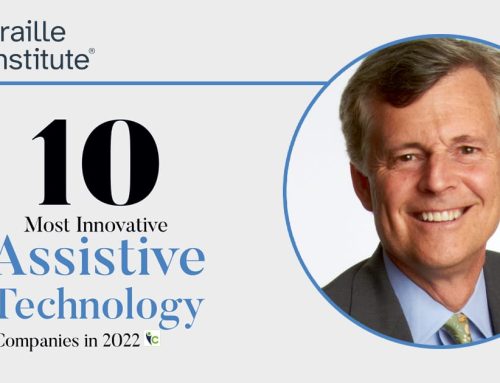 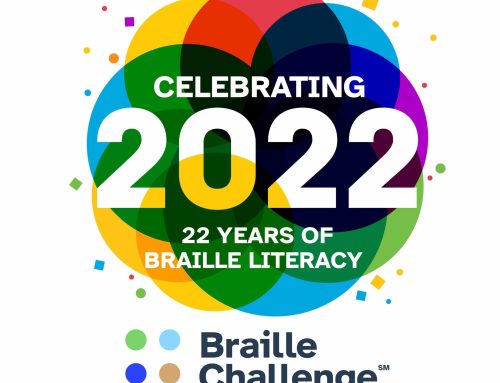