Josephine “Joey” Hernandez was a sophomore in high school with a passion for drawing when her vision started deteriorating to the point of almost complete blindness, forcing her to walk with a cane. Despite this abrupt change, life for Hernandez is the same as usual, with just a few minor adjustments.

Hernandez, a 19-year-old second-year communications major, is severely visually impaired, but that hasn’t stopped her from becoming an award-winning artist. 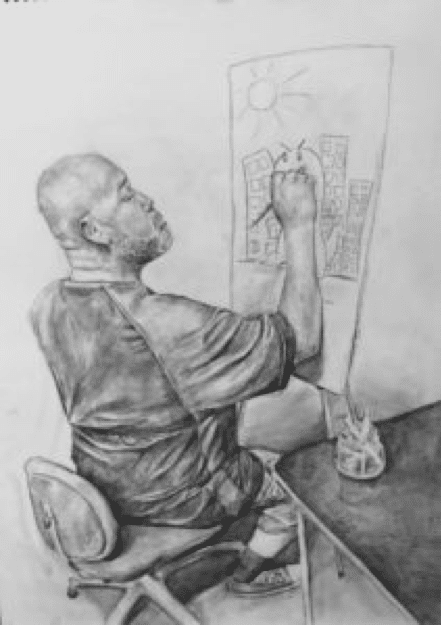 “I’ve always loved creating new work and the more I created, the more I realized I might have a shot in one of these competitions,” Hernandez said.

In 2017, she won first place in the American Printing House for the Blind Annual InSights Art Contest, which is a contest that invites artists who are visually impaired or blind to submit artwork from across the U.S. and around the world.

“I was shocked that I had won. They first said that I had won second place,” Hernandez said. “But then a little while later they updated the website and said that I had actually tied for first, and that was even more exciting because it was already an honor to have placed.”

She said she uses soft-body acrylic paint and graphite pencils for her work. Some pencil pieces can take a couple of days, while paintings range from a couple of weeks to possibly months.

Hernandez uses her family and friends as inspiration for her art.

“Most of the time, I just draw things that make me happy. For this year’s APH competition I drew a picture of my niece and I. She just makes me feel happy, and so as I’m looking at that while I’m working on my artwork. It just motivates me to keep going,” Hernandez said.

The picture that won the APH competition is also her favorite piece of art, which depicts an instance when Hernandez’s niece was playing with her cane.

Hernandez adapted to her visual impairment by using reference pictures from her phone or tablet, allowing her to zoom into massive proportions.

“I have my phone only two inches from my face and then my canvas or sketchbook is about three inches away propped up on an easel,” Hernandez said.

When she was younger, Hernandez won the APH InSights award for the youth division.

Craig Loftin, lecturer for women and gender studies and American studiesat Cal State Fullerton, has gotten to know Hernandez in two of his classes.

“When you consider her visual disability, in light of that, it makes it more extraordinary. There’s a talent there, a vision that goes beyond what the eye can see,” Loftin said.

One of Hernandez’s pieces was put on display at Marshall B. Ketchum University for the annual Shared Visions Art Exhibit after winning the best expression of vocal culture award. She is planning to reenter in the competition this year.

Four years ago, Hernandez had perfect vision and no family history of impairments. Although she hasn’t done genetic testing yet, she said her symptoms are similar to Stargardt’s disease. She said if her disease is related to Stargardt’s disease, her retinal deterioration should have reached a plateau by now.

Hernandez has a juvenile form of macular degeneration, which means her retina in charge of her central field of vision has deteriorated. While most people see fine detail and color, Hernandez’s center vision is extremely blurry and she constantly sees neon lights.

Because of these neon lights, she hasn’t seen darkness in four years.

“When I close my eyes the lights are still there. Sometimes if I sit in a room and close my eyes it feels like I’m traveling through space,” Hernandez said.

The majority of her vision loss occurred during her sophomore year of high school. Since she couldn’t read her textbooks, she relied solely on listening as her way of learning.

Despite the reality of her new life, her loss of vision didn’t bother her nearly as much as how she would maintain good grades in school.

She was also determined to continue what she was passionate about. 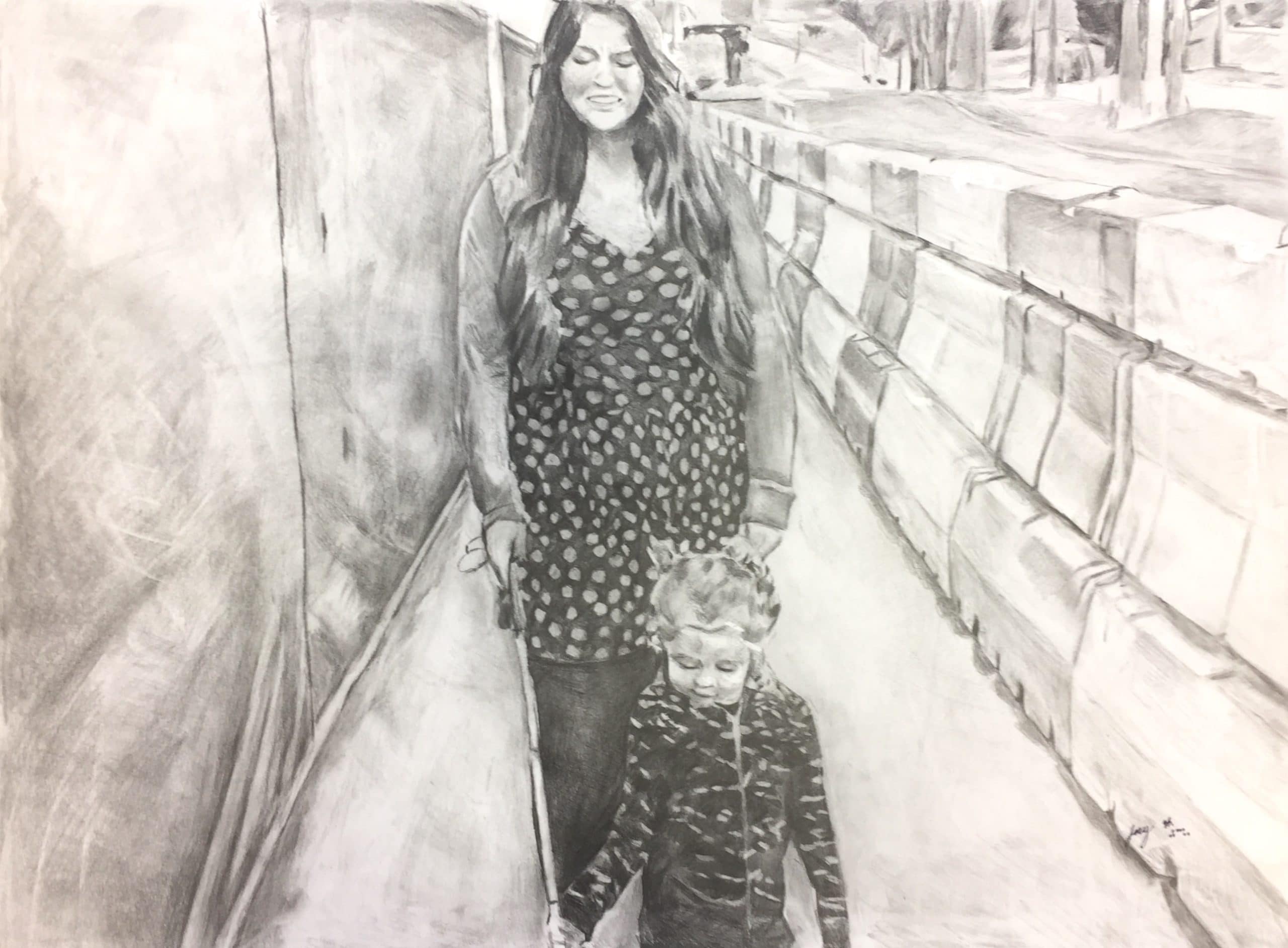 “I was initially afraid that I wouldn’t be able to continue with my artwork, but after finding different adapters and techniques I realized that I could still continue to do what I loved,” she said.

Not only does she maintain a positive outlook on her condition, it’s also inspired her career path and involvement in public relations for nonprofit organizations related to visual impairment.

During her junior year of high school, one of the biggest contributors to her transition was the Braille Institute’s Anaheim Center. She now volunteers at the institute to help with youth programs.

“After meeting with other teens with visual impairments and realizing they’re just normal teens, that helped me realize, ‘Okay, I got this,’” Hernandez said.