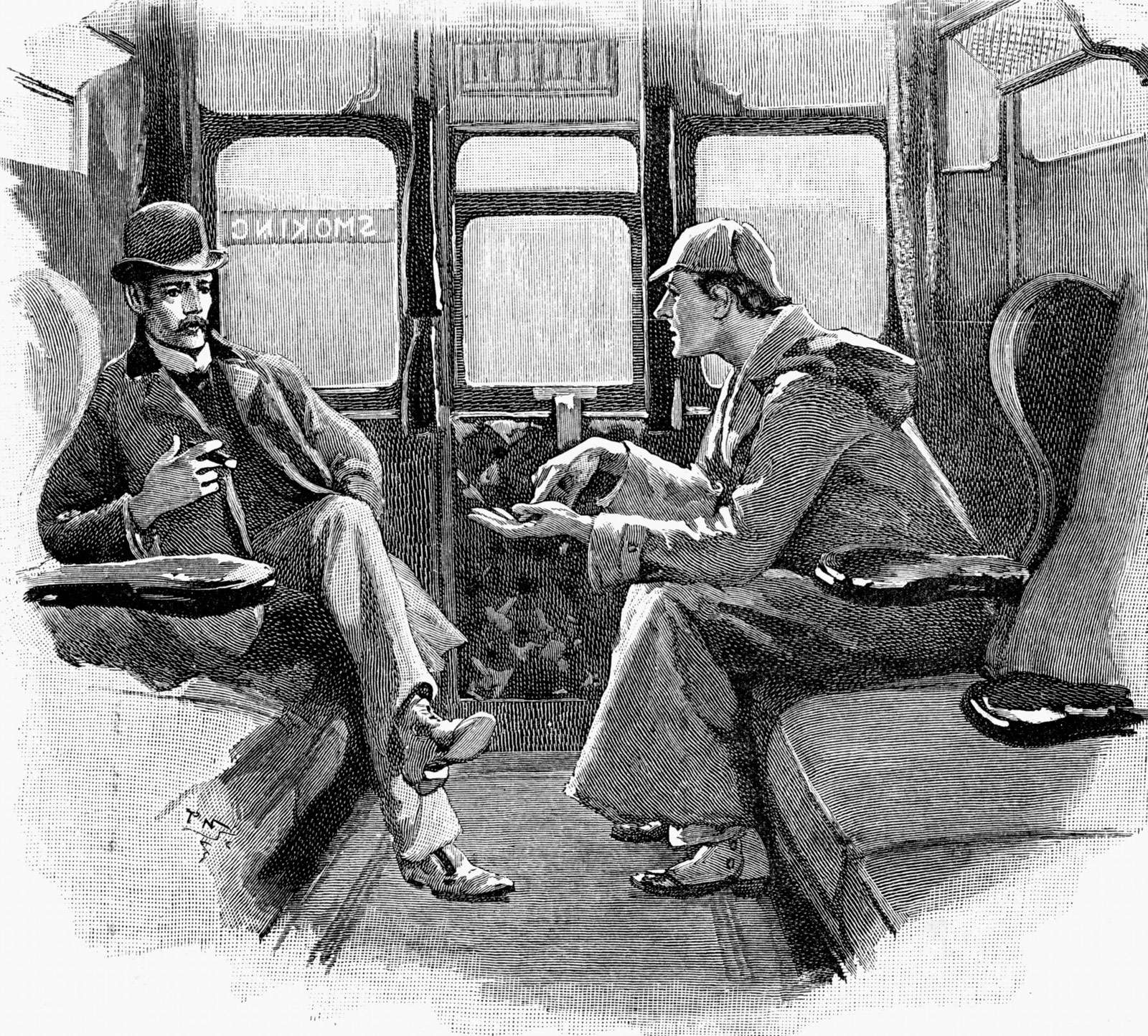 The lights flickered on. There was a methodical tap, tap, tap outside. A static crackle. A slow creak of a door and then a whoosh as it opened. Voices could be heard in varying degrees. Nothing mysterious here, just Braille Institute students joining the Sherlock Holmes Book Club in person or remotely!

Every Thursday, during the Fall semester, students would participate in Braille Institute Santa Barbara’s Book Club led by Library Coordinator Nate Streeper. Mysteries are by far the most circulated books in Braille Institute’s talking book library.

Many people are familiar with the literary character Sherlock Holmes, but few have read all four of Sir Arthur Conan Doyle’s novels and 56 short stories. Students were sent all of the stories on a single digital book cartridge so they could participate in the weekly discussions.

“We discussed not only the adventures themselves, but also the subtle evolution of Holmes character over time, as well as Doyle’s writing style, little-known facts, and how many of the themes and plot points pertain to the era,” Nate said.

First appearing in print in 1887, Sherlock Holmes popularity became widespread. Set in the Victorian or Edwardian eras, all but four of the stories are narrated by Sherlock Holmes’ friend Dr. Watson who would accompany him during his investigations.

“I’m an avid reader, mysteries are a favorite genre, but I had never read a Holmes story,” Barbara Gray Richley, from Long Beach, said. “For me, the weekly gatherings were fun and stimulating.”

“I love the give and take of the discussions and the camaraderie that developed as the sessions progressed,” Mary Ann Kaestner, from Santa Barbara, said.

Fred Guigliano, also from Santa Barbara, who’d never participated in a book club before, said he was surprised at how enjoyable, lively and interactive it was.

“I read the occasional profound or humorous passage aloud, and as often as not, I’d provide a recap of a particular adventure by reading an online synopsis,” Nate said. “I also had a deck of question cards that I tried to end every session with – they provided a riddle or scenario we tried to solve.”

Annette Glass, of Port Hueneme, said the book club was a wonderful way to spend an hour where she learned new things and exchanged ideas. Annette enjoyed reading “The Woman”, from “A Scandal in Bohemia” which showed a strong female character. Joseph Lopez couldn’t pick a favorite story, he liked them all, he said.

“I feel privileged and fortunate to have a job that allows me to circulate great literature with those who are passionate about reading,” Nate said. “But getting to guide discussions about these books? Icing on the cake.”

This Winter semester the Braille Institute Santa Barbara Book Club, called “On The Same Page” will be held on Wednesdays from 10:00-11:00 a.m., led by Volunteer Lillian Palermo. The club will cover subjects ranging from historical fiction to science memoir.

The club will be reading:

“A Bell for Adano” by John Hersey

“A Gentleman in Moscow” by Amor Towles