It was the expat American poet T.S. Eliot who wrote, “April is the cruelest month” in his poem “The Wasteland.” Is that why April is National Poetry Month? A bit of irony to start the spring? I say that April’s promise of new growth is the perfect month to celebrate poetry, jazz, and, of course, libraries. And with those topics in mind, I’d like to share some of my favorite books. —Lisa 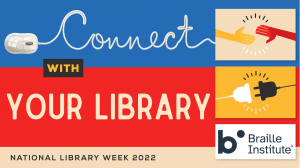 A perennial favorite of mine, the poet Billy Collins salutes the small things of our daily lives. In his book, The Rain in Portugal, he writes of jazz, and of Shakespeare traveling first class on a jet, that “the dogs of Minneapolis have no idea they’re in Minneapolis” but about their feline counterparts, Collins writes, “The secret of winning, I have found, is to never bet against the cat, but on the cat.” May we have the luck of the cat! Or at least, the good fortune to read Billy Collins.

Susan Orlean has written numerous books including a cookbook for dogs which, actually, she claims her dog wrote. Hmm. Maybe? But what most has my attention is her work titled The Library Book about one of my favorite places in the world, the Los Angeles Central Library. She writes of the intricacies of this massive urban library, the joys of its offerings, a brilliant librarian, and the 1986 devastating fire. It is at its heart a celebration of the wonderful public library system in the United States, unlike any other in the world. Join her on this pilgrimage, you’ll have a great time. And happy National Library Week!

Narrated by the author: Susan Orlean

Okay, so this next book does indeed fit the cruel April billing, but I wanted a book for the war history buffs amongst us. Plus, it’s written by one of my favorite writers, the Brit, Geoff Dyer. The Missing of the Somme is a lyrical, sharp, and unfiltered look at the British and World War 1. Dyer takes us close up, we meet people who went through it, and survived it, sort of. We learn lots of small stories. It is a book of remembering, how memories form their own truths. It’s also a travelogue. Dyer references poetry, film, photographs, how together they create an archive of memory.

From 2011-2014, the jazz trumpeter Wynton Marsalis delivered a series of six lectures at Harvard titled Hidden in Plain View: Meanings in American Music. I’m so excited that the first lecture, “Music as Metaphor,” is available to us as a talking book. The description for the lecture reads as follows: “Marsalis led the crowd through a narrative that explained the evolution of jazz and the blues, and revealed how American music was vital to the development of the nation’s collective history.” I highly recommend this delightful lecture. Spend a lovely afternoon with Mr. Marsalis as he speaks to us and along with a small band of musicians, plays music for us. Music, Mr. Marsalis tells us, is crucial to our shared values and civic life.

How to Listen to Jazz written by musician and music scholar Ted Gioia is a terrific and easy to understand walk through jazz, an often complicated and heady art form. “On a detailed and granular level,” Gioia explains jazz to us, what exactly is going on in the compositions and in the playing. You’ll never hear jazz the same way again.

I admit, I’m a big fan of Michelle Obama’s memoir, Becoming, and recommend it to everyone and then some. But I’m specifically recommending it for April’s reading list because Obama writes about jazz and blues and her grandfather, whom she called Southside, and how much it influenced her. She writes, “music seemed to be an antidote to his worries, a way to relax and crowd them out. His love for music was infectious. I’d pass whole afternoons at his house, pulling albums from the shelf at random and putting them on his stereo, each one its own immersing adventure. Even though I was small, he put no restrictions on what I could touch. If I was hungry, he’d make me a milkshake or fry us a whole chicken while we listened to Aretha or Miles or Billie. To me, Southside was as big as heaven. And heaven, as I envisioned it, had to be a place full of jazz.”

Narrated by the author: Michelle Obama

Those are my favs for this month. I hope you all enjoy the books. And if you do, I’d love to hear from you! Happy reading! –Lisa

Become a Braille Institute Library Patron and freely access thousands of audio book and braille book titles from every genre.