Book Recommendations from the Black Literary Canon for Library Month

This year for Black History Month, our Library staff selected their choices for the best books in the black literacy canon in our BARD system. Explore our list to find some of the amazing award-winning books we have available by black authors and about the black experience in fiction and non-fiction. 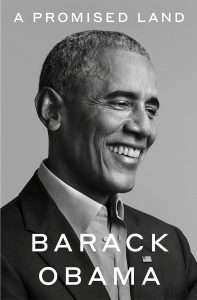 A Promised Land by Barack Obama – DB100966 – The first volume of Barack Obama’s presidential memoirs, recounting his journey from youth to president of the United States of America. He discusses his early aspirations, the trajectory of his political career, landmark moments of his first term, and reflections on American politics. 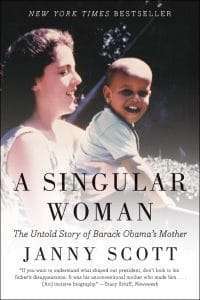 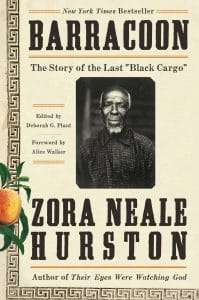 Barracoon: The Story of the Last “Black Cargo” by Zora Neale Hurston – DB91547 – Illuminates the horror and injustices of slavery as it tells the true story of one of the last-known survivors of the Atlantic slave trade.

In 1927, Zora Neale Hurston went to Plateau, Alabama, just outside Mobile, to interview eighty-six-year-old Cudjo Lewis, who was abducted from Africa on the last “Black Cargo” ship to arrive in the United States. Of the millions of men, women, and children transported from Africa to America as slaves, Cudjo was then the only person alive to tell the story of this integral part of the nation’s history. 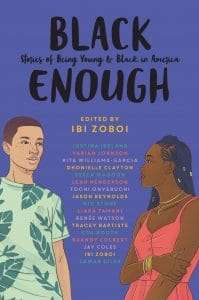 Black Enough: Stories of Being Young & Black in America by Ibi Zoboi – DB94320 – Featuring some of the most acclaimed bestselling American black authors writing for teens today, Black Enough is an essential collection of captivating stories about what it’s like to be young and black. Whether you are in America, the UK, or anywhere across the globe, this powerful collection of stories will remind you of our shared humanity. 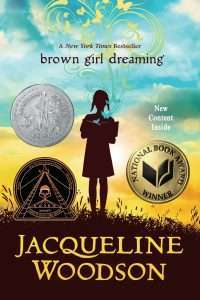 Brown Girl Dreaming by Jacqueline Woodson – DB80026 – Raised in South Carolina and New York, Woodson always felt halfway home in each place. In vivid poems, she shares what it was like to grow up as an African American in the 1960s and 1970s, living in the remnants of Jim Crow and her growing awareness of the Civil Rights movement. 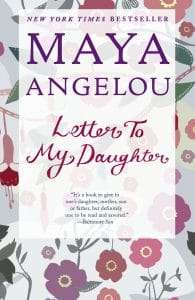 Letter to My Daughter by Maya Angelou – DB67662 – Author of I Know Why the Caged Bird Sings (RC 57200, BR 15665) shares life lessons in the form of reminiscences, poems, and short essays with her thousands of young daughters all over the world. In “Senegal” Angelou commits a social faux pas that her hostess graciously ignores. 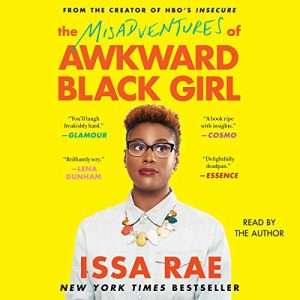 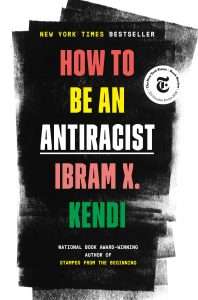 How to be an Antiracist by Ibram X. Kendi – DB96351 – Award-winning author theorizes what an antiracist society might look like and how individuals can play a role in building it. Discusses the roles of ethics, history, law, and science in racial justice. 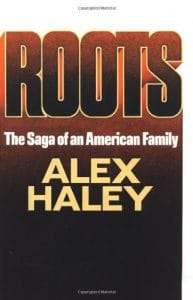 Roots: The Saga of an American Family by Alex Haley – DB53160 – Seven generations of the author’s family, from 1767, when Kunta Kinte is captured in the Gambia, West Africa, and transported to Virginia as a slave. Chronicles Haley’s ancestors’ resettlement in Tennessee following the Civil War, reconstructs his birth in 1921, and describes his genealogical research. 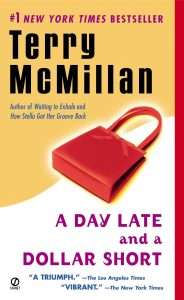 A Day Late and a Dollar Short by Terry McMillan – DB51558 – Driven apart by infidelity and addiction, the Price family resolves to reunite through love and forgiveness. When Viola survives a severe asthma attack, her husband and four adult children rally around to support her recovery. But problems arise as their basic philosophical differences emerge. 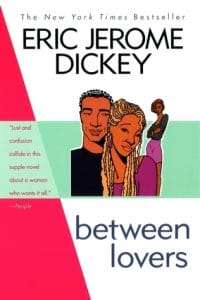 Between Lovers by Eric Jerome Dickey – DB52673 – After seven years, an African American writer is still in love with his former fiancée, who left him for a beautiful and successful woman attorney. In Oakland, he and Nicole resume their affair, but Nicole is unable to choose between her two lovers. Explicit descriptions of sex and strong language. 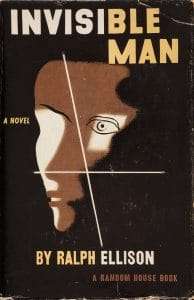 Invisible Man by Ralph Ellison – DB56346 – The narrator of Invisible Man is a nameless young black man who moves in a 20th-century United States where reality is surreal and who can survive only through pretense. Because the people he encounters “see only my surroundings, themselves, or figments of their imagination,” he is effectively invisible. 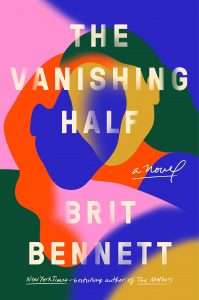 The Vanishing Half by Brit Bennett – DB99791 – Weaving together multiple strands and generations of this family, from the Deep South to California, from the 1950s to the 1990s, Brit Bennett produces a story that is at once a riveting, emotional family story and a brilliant exploration of the American history of passing.

MORE SELECTIONS: Our Library staff would also like to recommend some great titles available on BARD for younger readers. 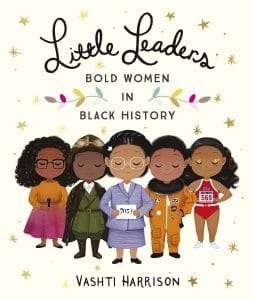 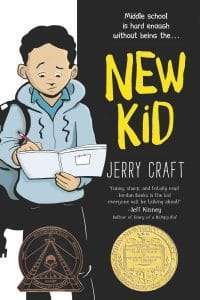 New Kid by Jerry Craft – DB94151 – 12-year-old Jordan loves drawing cartoons about his life. But instead of sending him to an art school, his parents enroll him in a prestigious private school, where Jordan is one of the few kids of color in his grade and is caught between two worlds. For grades 4-7. Fiction. 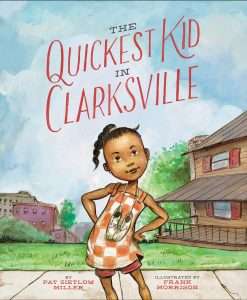 The Quickest Kid in Clarksville by Pat Zietlow Miller – DB09714 – Growing up in the segregated town of Clarksville, Tennessee, in the 1960s, Atla’s family cannot afford to buy her new sneakers—but she still plans to attend the parade celebrating her hero Wilma Rudolph’s three Olympic gold medals. For grades K-3. Fiction. 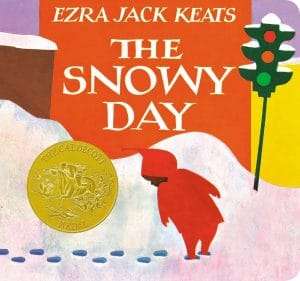 The Snowy Day by Ezra Jack Keats – DB43471 – Young Peter is thrilled to wake up to snow piled high. He spends the day crunching, sliding, building a snowman, making snow angels, and having a great time. For grades K-3. Caldecott award winner. Fiction. 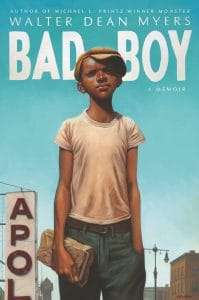 Bad Boy: A Memoir by Walter Dean Myers – DB53389 – Award-winning author and poet reminisces about his childhood in Harlem as an African American youth in the 1940s and 1950s. Discusses his love of reading, his feelings for his adoptive parents, and his reasons for not finishing high school. For grades 6-9 and older readers. Non-Fiction. 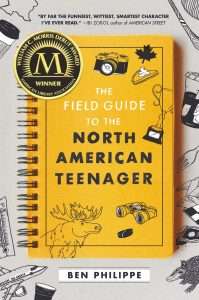 The Field Guide to the North American Teenager by Ben Philippe – DB93774 – When Norris, a black French Canadian, starts his junior year at an Austin, Texas, high school, he views his fellow students as cliches from “a bad ‘90s teen movie. For senior high and older readers. Fiction. 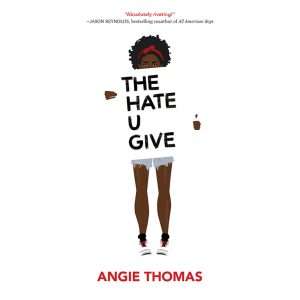 The Hate U Give by Angie Thomas – DB87441 – When 16-year-old Starr Carter witnesses the fatal shooting by a police officer of her childhood best friend, Khalil, she is afraid to speak out. But remaining quiet and safe is difficult with rising tensions between the police and the community. Violence and strong language. For senior high and older readers. Fiction. 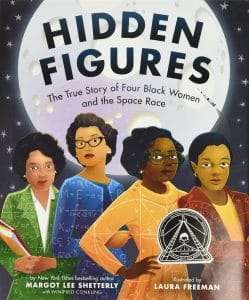 Hidden Figures: The American Dream and the Untold Story of the Black Women Mathematicians Who Helped Win the Space Race by Margot Lee Shetterly – DB86234 – Daughter of a NASA engineer profiles the black women who worked for NASA and its predecessor NACA, as human computers. Discusses their lives prior to joining NACA/NASA, the challenges they faced due to gender and race discrimination, and their impact on the space program. Basis for the 2016 movie.

April is Library Month at Braille Institute and we will be sharing our Library staff’s recommendations for the best books available in our BARD system throughout the month. Visit Library services for more information and learn how you can get thousands of free audio books if you are not already a patron. 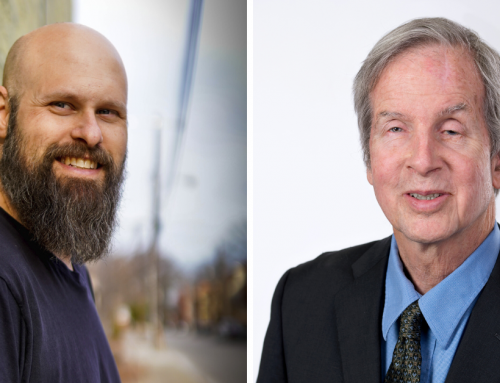 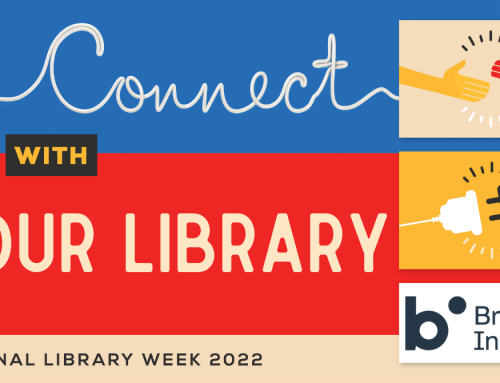 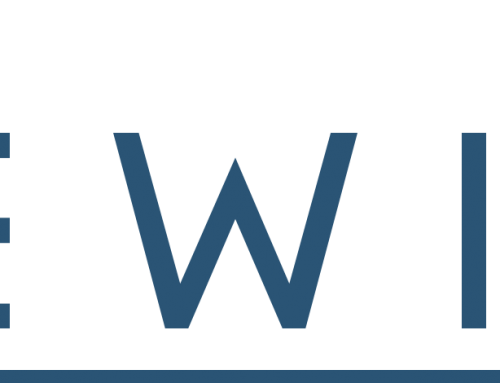 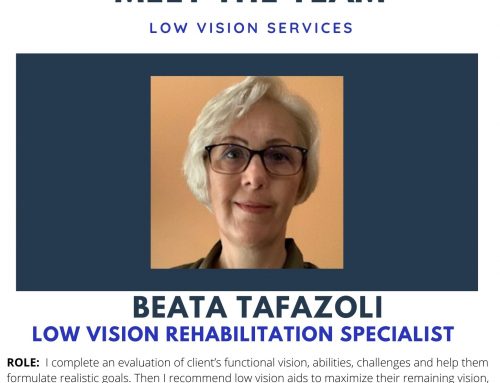