A Volunteer “For Life”

A Volunteer “For Life”

“I feel so good,” she says, “doing something that helps make other people’s lives worth living.”
—Iram Iqbal

Iram Iqbal stands as a shining example of Braille Institute’s army of volunteers; without them we could not help thousands of people each year, free of charge.

Born and raised in Pakistan, Iram moved to Southern California in the late 1970s, working in banking for almost two decades.

A desire to volunteer “somewhere I could be useful and make a difference” led Iram to Braille Institute’s Santa Barbara Center in 2008. “She began by coming in three times a week and kept busy with almost everything,” says the center’s Executive Director, Michael Lazarovits.

Eventually, Iram found a natural fit in Braille Institute’s Library. “She is my own right arm,” attests Library Coordinator, Nate Streeper. Among her many duties are maintaining inventory, assisting patrons, compiling reports, and processing applications.

“Now I volunteer almost every weekday,” Iram says. “I just fell in love with the place. It became my passion. I’m here for life.”

This past May she felt surprised and honored when she received the Estrella de Oro (Golden Star) award for her deep dedication to Braille Institute, demonstrated through nearly 3,700 volunteer hours. But Iram finds her greatest reward in her everyday work at Braille Institute. “I feel so good,” she says, “doing something that helps make other people’s lives worth living.” 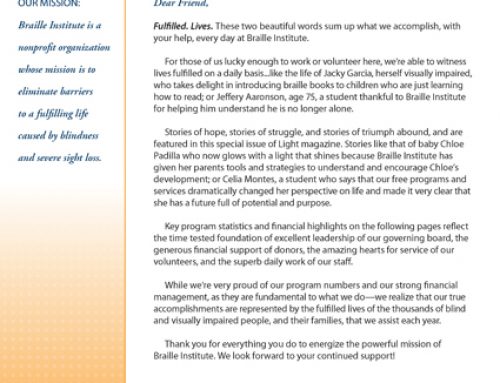 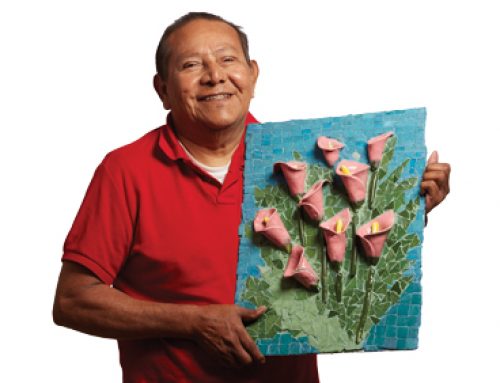 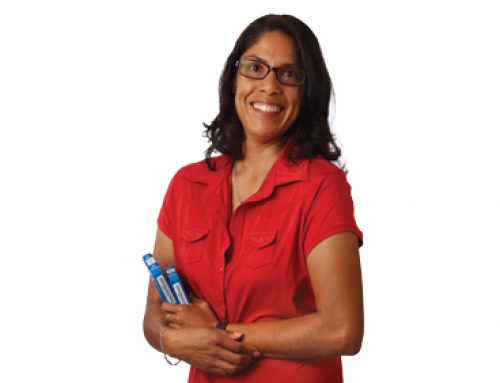 Restoring a Passion For Reading

Restoring a Passion For Reading 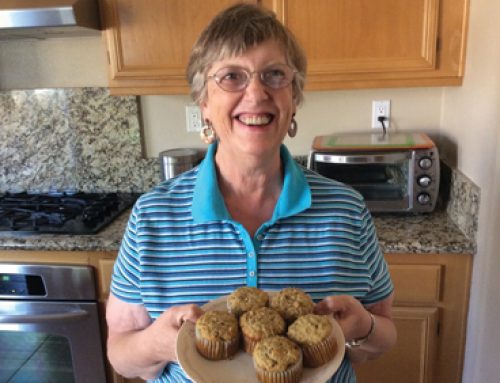 Once a Teacher, Always a Teacher

Once a Teacher, Always a Teacher 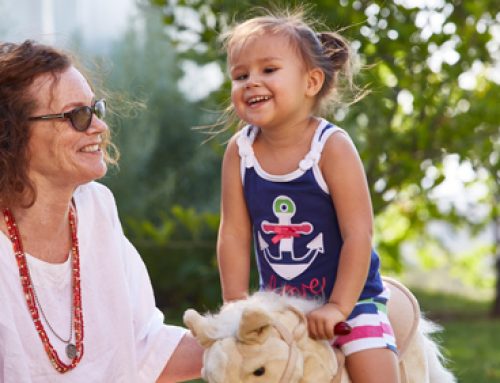 A Child With a Bright Future

A Child With a Bright Future