From Adversity to Inspiring Others 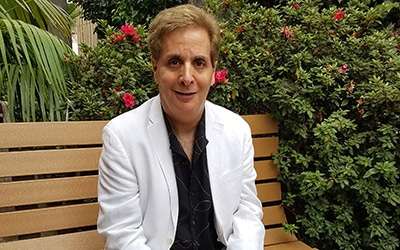 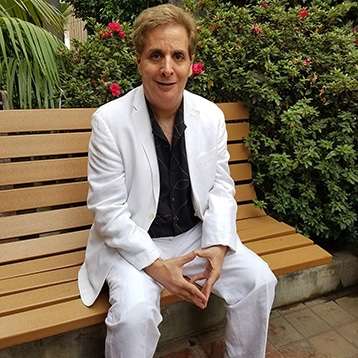 When he was 5 years old, Michael J. Herman fell from the rafters of his parents’ garage. Suffering a traumatic brain injury, he lay in a coma for seven weeks. When he regained consciousness, he couldn’t walk, talk, or see. Although just a child, Michael was determined to reclaim the abilities he had lost.

Fortunately, after a year, his vision started to return. Around age 13, his parents brought him to Braille Institute where he learned how to make the best of his limited sight and found enjoyment in the talking books he received from our Library Services. But each day was still a challenge as Michael pushed and willed himself to overcome his physical and cognitive difficulties. In time, his perseverance and persistence paid off. Michael went on to college and enjoyed success as a TV and film writer. Whenever he related his journey to recovery, people would tell him his story could help others seeking solutions to their problems.

This inspired Michael to begin a new career as a motivational speaker and author. As ‘Mr. Motivation,’ he travels the world giving presentations and workshops for major companies and serving as a life and career coach. He writes a syndicated column for the corporate sector, “The Motivational Minute,” and has penned 14 books. His latest, How to Succeed in College with a Disability, will be published soon.

“I found that life isn’t about what happens to you, but rather what you do with what you have,” says Michael. In gratitude, he and his wife, Penny, are supporting Braille Institute through a bequest in their will. “We want to make a lasting impact,” says Michael with the firm resolve of someone who understands what it takes to never give up.