Three musically-talented, local Braille Institute students (ages 11-16) can check riding on a Rose Parade float off their bucket list because they will be waving to millions on New Year’s morning. Participants in Braille Institute’s Youth Program were selected to be part of this year’s Rose Parade festivities because of their love for music and singing, as well as being an inspiration to others. Grace Dabbieri, Evelyn Maldonado and Jorge Gonzalez will be riding on the Lions Club International float on January 1st.

The theme of the 2019 Rose Parade is “The Melody of Life” which perfectly describes the outlook of these three talented Braille Institute students.

“We know that loss of vision doesn’t mean loss of doing what you love, and our three students demonstrate such positivity and confidence through their musical and singing talents,” said Peter Mindnich, President of Braille Institute. “I cannot imaging a better group of young ambassadors to help us kick off our centennial celebration. We are thankful to Lions Club International for giving our students this special opportunity. Our connection to Lions Club goes all the way back to 1925, when Hellen Keller named the Lions Knights Of The Blind for their good work to prevent blindness and help those with vision loss.”

Braille Institute will be celebrating its centennial in 2019. For a century, they have been empowering those who are blind and visually impaired to lead productive, independent ad fulfilling lives. Braille Institute supports over 37,000 people with vision loss a year, and provides over 300 classes and programs that are all free of charge.

“Our students do not let vision loss define them or limit what they can do. We celebrate all of them in our centennial year!” Peter said.

Braille Institute will be commemorating its centennial with planned events and activities throughout the year starting off with the grand opening of a new 14,000-square-foot Anaheim Center on February 28, 2019.

Grace Dabbieri (11) is an outgoing, active 5th grader in Coronado, California. Although she was born blind from a condition called Optic Nerve Hypoplasia, she has never let lack of sight keep her from pursuing her passions. She loves music and singing which includes taking piano lessons and working with a signing coach. She’s been asked to sing the national anthem twice, once by the Mayor of Coronado for the “State of the City” address and once for the opening of the summer concert series in Coronado. She even took third place for singing “Hallelujah” in the city-wide Coronado’s Got Talent show. She also enjoys cheerleading, girl scouts and is an avid braille reader and writer. “I love technology and was recently asked by Google to be in a series of videos they are making about how people with disabilities use technology to go about their daily lives,” said Grace. “I’m very excited to share how I use technology with others!” 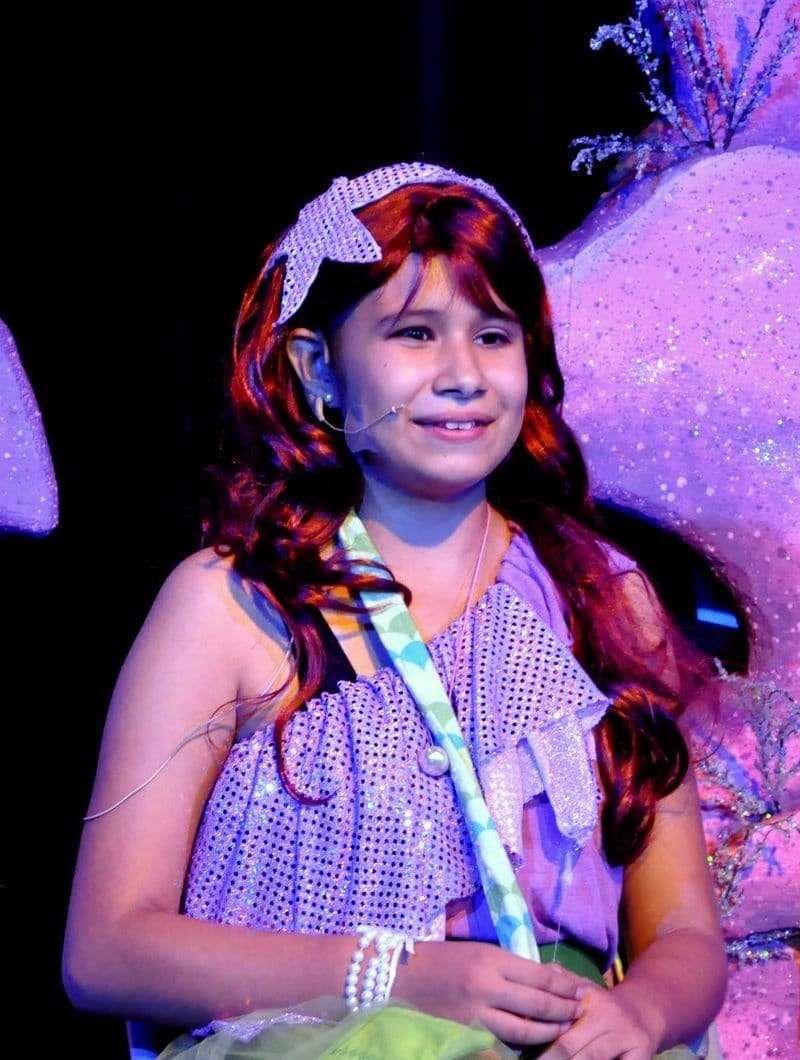 Evelyn Maldonado (15) is a 10th grader in Anaheim, California, who loves to sing. For the past nine years, she has been part of Braille Institute’s Youth Program where she had the opportunity to perform the lead role of Ariel in The Little Mermaid musical. She is currently a lead performer in the Johnny Mercer Youth Choir. Evelyn says, “I love singing and performing because it makes me feel connected to others.” Evelyn suffered from Retinoblastoma cancer in her eyes which caused her to become blind. Blindness hasn’t kept her from being a good student and role model. She’s been recognized as “Student of the Month” and on the Honor Roll. “I can’t wait to ride on the Rose Parade float on New Year’s Day, and I’ve actually been practicing my wave,” she adds. 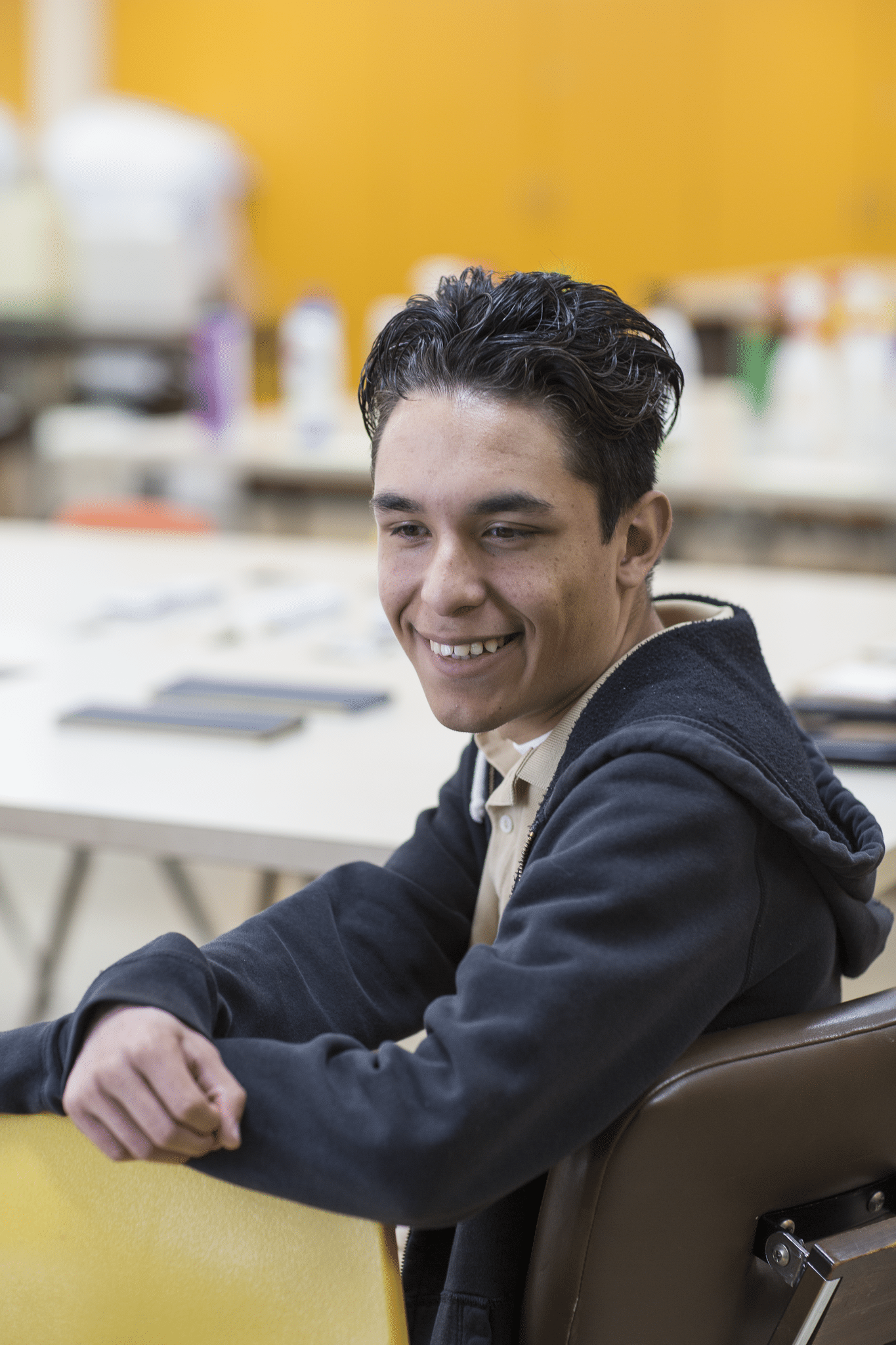 Jorge Gonzalez (16) was born premature at 23 weeks and weighed only 1 pound 6 ounces. His premature birth caused retinal detachment. Although legally blind, he doesn’t let that keep him from pursuing his dreams. He loves music and plays the cello, and is currently an 11th grader in Montebello, California. He hopes to attend college at UCLA. When he graduated middle school. he received the “Extraordinary Student” award among his class of 900 students. Jorge says, “Being part of Braille Institute’s Youth Program has really helped me get out of my comfort zone. In fact, my dance class went to Union Station to be part of a flash mob, which was an amazing experience. I’ve watched the Rose Parade before, but now I get to ride on a float which is unbelievable.” 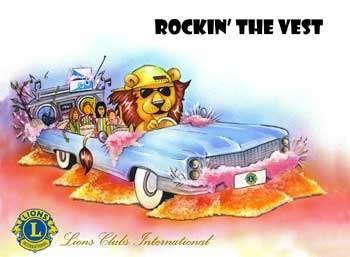 Lions Clubs float theme “Rockin’ the Vest” fits perfectly with the Tournament of Roses Theme “The Melody of Life.” Read more about the float.